Aside from starting to get a Roll20 Blades in the Dark game together, I have a handful of other things I’ve been pecking away at for the past year (or more in some cases). I don’t really have a priority on these things, as I kind of flit between them in slower moments at work or home, or when inspiration strikes me. I also don’t know what my ultimate intentions are with any of these – publication (for sale or for free) or just for my own amusement. All three of them have gotten to a point where I need to do some kind of outlining or organization on them to continue any further, otherwise I just wind up spinning my tires going back over what I’ve already done.

“Cradle” – This one is a semi-traditional fantasy setting that I’ve been kicking around for years and years. Earlier this year I finally got a map that I’m very happy with and the name of the setting, and I made a huge amount of progress fleshing out the high level details. At the moment, it lives on World Anvil as kind of a POC to see how having the structured categories helps me out creatively. It may not stay there.
The tone of the setting is intended to be exploration and colonization, with the tables turned on the colonizers. I’ve tried to steer clear of Western fantasy tropes as much as possible, down to using Vulgar to generate all of the languages and names so I don’t fall back on stereotyped sounding names. “Humans” are the only species, although there are groups with a variety of features – the indigenous people of the northern plateau are meant to be similar to Neanderthals, and there’s a group that has characteristics that are going to tie back to the newly colonized megacontinent.

I hesitate to use the word “steampunk” (or any kind of “punk”) to describe it, but the technology level is pseudo-mid-1800s with a strong magitech streak. So, yeah, there are trains and airships of some form or another as well as firearms. There’s also the aforementioned plateau-dwellers, some of whom are nomadic and ride giant flightless birds, and others who have developed advanced techniques for unpowered flight; the forest dwellers who have something to do with the Big Mystery in the setting and are allies with giant semi-sapient ape-bear things; and an ancient culture that pioneered magitech and have twin cities devoted to extracting magical ore in the middle of a desert – and the desert is expanding because of it. Also megafauna – because I like megafauna. I’ve recently been thinking about how magic works, mainly with regard to its source being an element that can be mined, refined, etc. I’ve always really liked magic with physicality – runes, sigils, wards, drawing glowy things with fingers in the air – and having it tie in with the energy coming from a physical source would give it a very physical (and potentially visceral) feel.

I guess the whole thing might wind up looking like a Wild West meets the Pleistocene meets fairy tales meets big glowy spells. More than anything right now it just needs some focus and organization, since I’m not sure what I want the PCs to actually _do_. The system is pretty much guaranteed to be Fate-based. 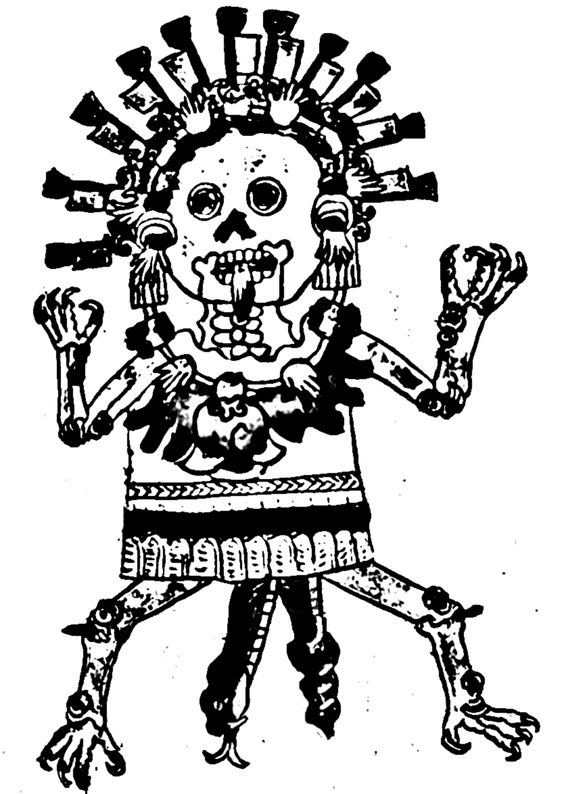 “Aztecocalypse” – This started out as pondering an alternate setting for Tribe 8 based in Southern California, and quickly veered off into its own thing with very similar themes. Basically, some Mesoamerican supernatural shenanigans result in the world getting fucked up real bad. A few generations later, survivors are trying to eke out existences in the shadow of of major cities that have been turned into necropolises. Oh, and the truly horrific stuff only happens at night. Unlike Tribe 8, there’s no “Fatimas” to liberate people but there is going to be an element of other supernaturals trying to restore order to the cosmos as well as people popping up with supernatural abilities.  I have the basic groups and their interactions fleshed out, including Disneyland as a kind of hub and safe space for some survivors, and the descendents of Marines from Camp Pendleton as a Spartan-like society. Like the fantasy setting I’m still looking for some kind of hook or overarcing purpose to what the PCs are going to do, as well as getting the supernatural elements hammered out which is going to be heavily based in Mesoamerican (and other southwestern Native American) beliefs. I have no system really attached to this, although either Forged in the Dark or Fate are likely contenders.
“Retrolock” – Like so many of my things, this started out as something entirely different. Namely, an Interlock retroclone. It’s roots are in a kind of Interlock/Silhouette/Dream Park rpg mix up that I did in the early to mid-90s. A couple things happened with it being a straight up retroclone, namely the resurgence of CP2020 in conjunction with the hype around Cyberpunk 2077 combined with divergence from the base system. Now it’s kind of a hodge-podge of the original house system (stats and skills rearranged in ways that “make more sense to me”, a multi-die system without resorting to fistfuls of dice), combined with newer concepts culled from games like Fate and Blades in the Dark (some kind of aspect-like element, conditions for injuries, achievements, downtime). It has no setting attached to it, and may not actually have anything really innovative or otherwise flashy, but at some point I’d love to get enough of it together to get it into some kind of playtesting stage just to say I did it.
As of now, it’s just a matter of getting the internal hamster-wheel spinning faster on one of them over the others, and then dedicating time to organize and start making more progress.