This post contains spoilers for one of the largest secrets in the Tribe 8 setting and the original metaplot. Read on only if you already know about it or don’t mind.

What is the Pact of the Dome?

The short answer is that the Pact of the Dome was a truce between the Fatimas and the Z’bri, stipulating that the two sides leave one another in relative peace. The pretense for the Pact was that both sides realized they needed one another to exist, and continuing the war meant mutual destruction. To seal the Pact, the heartstones of Joshua and Tibor were traded as hostages. Laws and practices were put into place by both sides to keep their populations from violating the Pact. On the part of the Fatimas, they only ever allowed their most trusted human confidants knowledge of it, leaving enforcement of the Pact to the taboos and laws they established.

The basic premise seems pretty simple—and solid—but there are a few tweaks I made that coincide with my headcanon for Vimary as a whole.

In my version, the Z’bri were crushing the Liberation. Tibor was committed to following through until the bitter end. But a sect of Z’bri, including the Baron and others who would form House Sangis, saw a different path. They believed that winning the war and killing the Fatimas would leave the Z’bri in a worse position—possibly even causing their own destruction. They also had been chafing at Tibor’s control and wanted to take power for themselves. So they devised a plan: offer Tibor to the Fatimas if they agreed to betray Joshua. In exchange, the Fatimas would agree to confine themselves and their followers to the island of Vimary to avoid defeat. The Fatimas, already seeing mounting losses against the Z’bri hordes despite granting their human followers Synthesis, reluctantly agreed. In the legendary final battle between Tibor and Joshua, both were betrayed and perished. Their heartstones were then secretly exchanged to complete the Pact.

The changes are subtle but paint a slightly different picture of a Liberation that was not going according to plan. It puts the onus of upholding the Pact more firmly on the Fatimas. It also gives a little more context to why the Tribes are not interested in permanently expanding beyond Vimary and why such pains are taken to downplay the Z’bri threat. The Z’bri wind up having a much stronger starting position, not as defeated beasts licking their wounds but as the ones holding the cards. It puts the later events in the metaplot, from Broken Pact onward, into a new perspective. 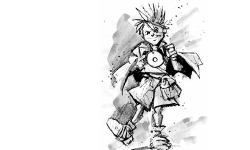 Tribes in the Dark Headcanon: Agnites 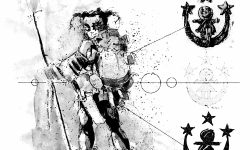 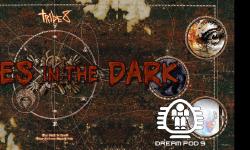