Cortex is not a “hardcore” narrative game, but it lends itself very well to many narrative concepts. Part of this is due to cross-pollination with games like Fate, part of it is intentional design, and part of it is a happy coincidence. Because of this, I often fall back on narrative or “story game” terminology. However, I’ve realized this language might be unfamiliar to players who don’t have a background in this game style.

Before I start, I want to add for the sake of the game theorists and others who might read this who do know the history, vagarities, and nuance of these concepts: this post isn’t meant to be definitive. It’s how I’ve internalized and come into my own understanding of the concepts through experience. My definitions are simplified and aren’t academic discourse. Furthermore, none of this implies that these methods and styles are the only way to play Cortex. They’re how I approach it, being one of those Communist story game swine out to ruin roleplaying games.

So without further ado, here we go…

I look at the “fiction” as the entire imagined shared space that the players create (side note: when I say players, I always include the GM). It’s their own internal understanding of the imagined environment combined with the shared portions they all agree on. It has nothing to do with “narrative” or “plot”. It’s the imagined reality, with internal consistency independent of the game’s rules. This internal consistency, in fact, trumps rules.

I write this phrase (along with the following, “narrative permission”) a lot. But what does it mean for the fiction to be first?

It’s pretty straightforward. What is happening within the fiction is the starting place for the conversation between players about what their characters are doing, what they can do, and how that shared space can change.

You might be thinking, “That’s what we already do!”. Many people have played roleplaying games for years using this approach. But just as often, players look at their character sheet and think, “How can I use this ability in this situation?”. There’s nothing inherently wrong with that; it’s just not strictly fiction first if you’re fishing for a reason to cast a spell, use an ability, or bring out an item.

So while the ideal is what your character knows, thinks, and feels should be the sole basis of how they react according to the fiction - it doesn’t quite always work that way. This is especially true when you start to mix in plot points, SFX, “stupid dice tricks”, or other methods that mechanics can change outcomes. Those mechanics are about bending the fiction to go the way you want it to, which still requires using the fiction as the starting point and not the mechanics.

It might seem like fiction and narrative are the same thing, but they’re not (even if they’re tightly coupled). The narrative is kind of an abstraction layer on top of the fiction. It’s also not plot. The dice rolls and actions of the players create a narrative. It may be part of an unfolding story or even form one after the fact. Players may make decisions based on this emerging narrative to help keep it going in a particular direction or flow smoothly. The narrative will often, but not always, bring about changes to the underlying fiction - and it is doubtful that changes to the fiction will not also affect the narrative.

The simplest way to explain my view of narrative permission is it’s the justification for why a character can change the fiction or the course of the narrative. In many cases, narrative permission is self-evident. There’s no need to call it out explicitly or even think twice about it. For example, you know you can try to shoot out a car’s tires because it’s been established you have a gun. However, in some cases, narrative permission comes to the forefront of the conversation. “Because I’m a Dwarf of the Old Kingdom, I should be able to read these Dwarven runes!” is a legitimate application of narrative permission. In response, the GM might say, “These runes seem to be from a lost clan you have never heard of, so you might have trouble with some of them.” You can still try to read them, but it might be more difficult or introduce the likelihood of misinterpretation (such as on a hitch). You may also spend a plot point, use an SFX, or do something else that can further clarify things.

A great example of narrative permission is mage distinctions from Tales of Xadia. Because you’re a mage, it’s assumed that you know several spells aside from the spell assets you have. Therefore, you can use your mage distinction and magic specialty without including a spell asset. You’re just applying magic in a way outside of those few spells you’re good at. Unless you have an asset that enables you to perform some magical effect, you have no narrative permission to cast spells if you don’t have a mage distinction.

Narrative permission is, without a doubt, a very “soft” concept. There are no hard and fast rules for when and how to apply it. Instead, what’s been established in the fiction, or even the tone and theme of the game, are going to inform players how narrative permission is expressed.

Play to Find Out What Happens

This is a borrowed term from Powered by the Apocalypse and adjacent games. My short and sweet version is: don’t predetermine outcomes. If it’s decided that something is risky or uncertain and they will have to roll, respect the dice and let the results stand. The character succeeds or fails, and now it’s up to the players to find out how that changes the fiction and the narrative.

This isn’t to say that, as the GM, you shouldn’t think about what will happen when things go a particular way or not have any kind of overarching story in mind. You can even push things to go in specific directions. But don’t push things behind the scenes, fudge dice rolls, or invalidate player choices and outcomes. If they succeed at taking out your big bad, don’t take that victory away from them. It happened. Now you move on to how that’s changed the direction of the narrative or the fiction.

Be a Fan of Your Players

This is another phrase inspired by PbtA and FitD. I often reframe it as Be a Fan of Each Other. It means that you’re on the same rollercoaster as the players (because you’re Playing to Find Out What Happens). You don’t take joy in their failures or go out of your way to sabotage their successes, but cheer their accomplishments and say, “Oh no!” when they fail. It doesn’t mean taking it easy on your players, only that you don’t have an adversarial relationship with them. Your job as a GM isn’t to trick, be vindictive or punitive, or “win”.

Success at a Cost and Fail Forward

Success at a cost and failing forward are concepts that aren’t as overt in Cortex as games like Fate or Forged in the Dark. Success at a cost is just being able to accomplish a thing, but there’s some cost - time, lost opportunity, or another setback (such as injury). Failing forward means you can continue somehow, and it’s not a hard stop to the game. Maybe you only make partial progress, or another path ahead presents itself.

It’s really not. I don’t bring these things up during play or consciously think about any of it. Instead, these concepts are just convenient shorthand for discussing things that can happen during a game or keeping in mind when deciding how to build a Cortex game. 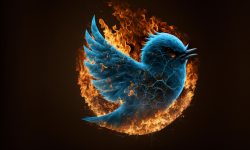 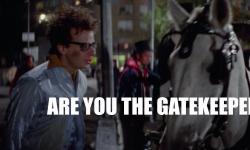 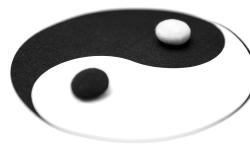 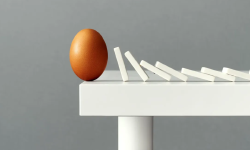 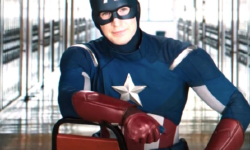